Here’s a brief response to Dan’s first video on polyandry: 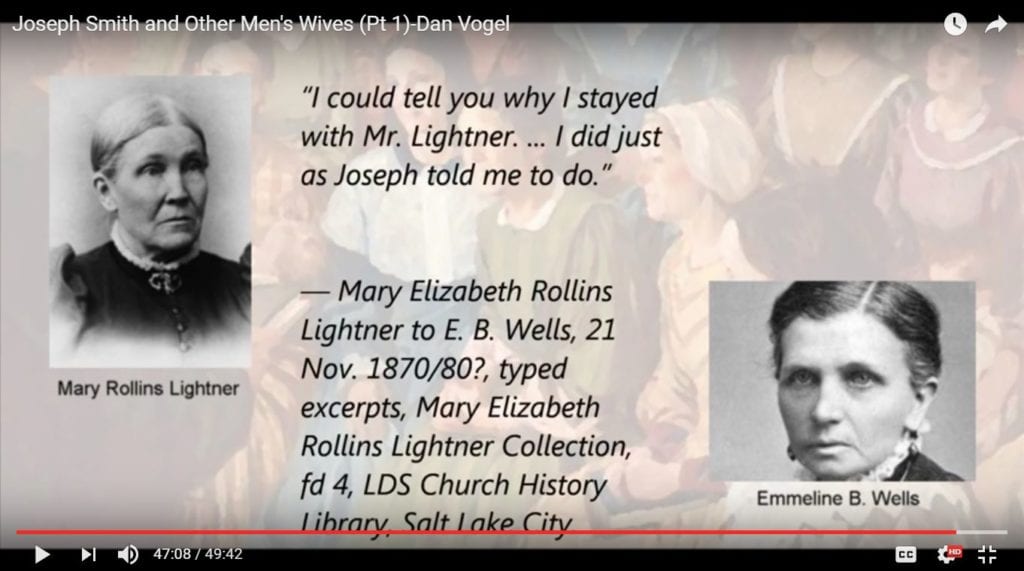 He [Joseph Smith] preached a great deal about women being virtuous or they would not enter the kingdom of heaven.  […]   I could tell you why I stayed with Mr. Lightner.  Thing the leaders of the Church does not know anything about.  I did just as Joseph told me to do, as he knew what troubles I would have to contend with. Joseph [sic] hair was a light brown color. […]”