In the summer of 2016 Dan Vogel and I exchanged several emails. In one, I asked him to muster all the evidence that he could find supporting his position that Joseph Smith practiced a plurality of husbands (polyandry) so we could have some transparency on this topic. "Let’s get all the evidence out there," I've encouraged.  We probably won’t agree on what it means, but we won’t be fooled by secondary sources. See Hales-Vogel – Summer 2016.

Apparently, Dan chose to fulfill this request in a set of remarkably biased, surprisingly long, and rather wordy videos. See https://www.youtube.com/watch?v=rjao6DiN2DY for the first.

Instead of presenting evidence in a objective manner, allowing his audience to draw their own conclusions, Dan's videos employ problematic methodology. Like propaganda, they may be capable of fooling less informed individuals. Yet it is unlikely they will be taken seriously by researchers seeking to understand all available historical evidences dealing with the subject. 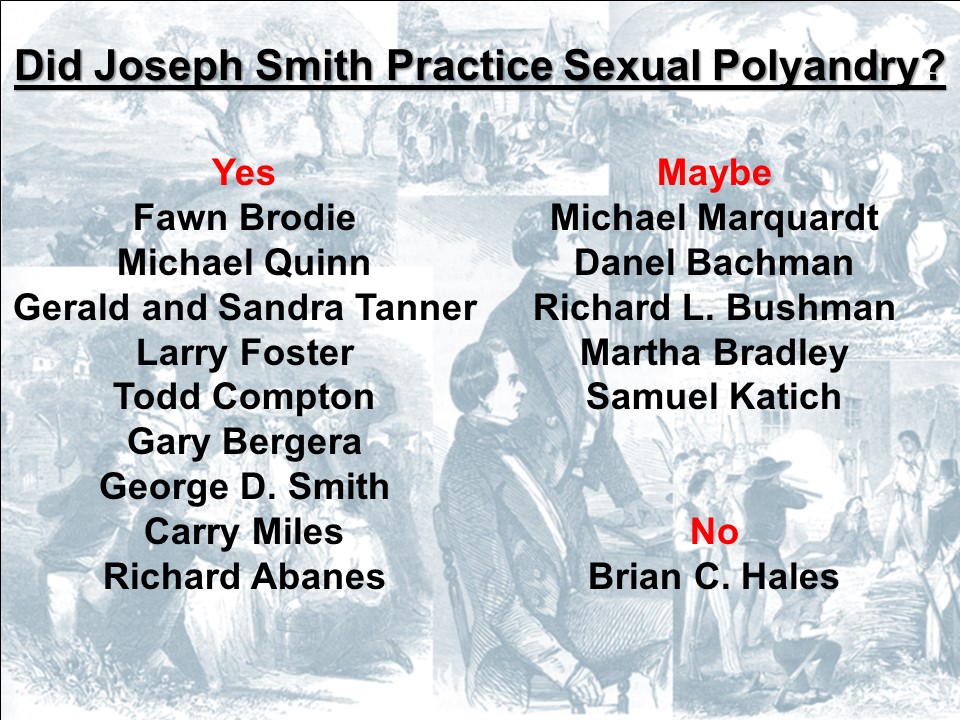 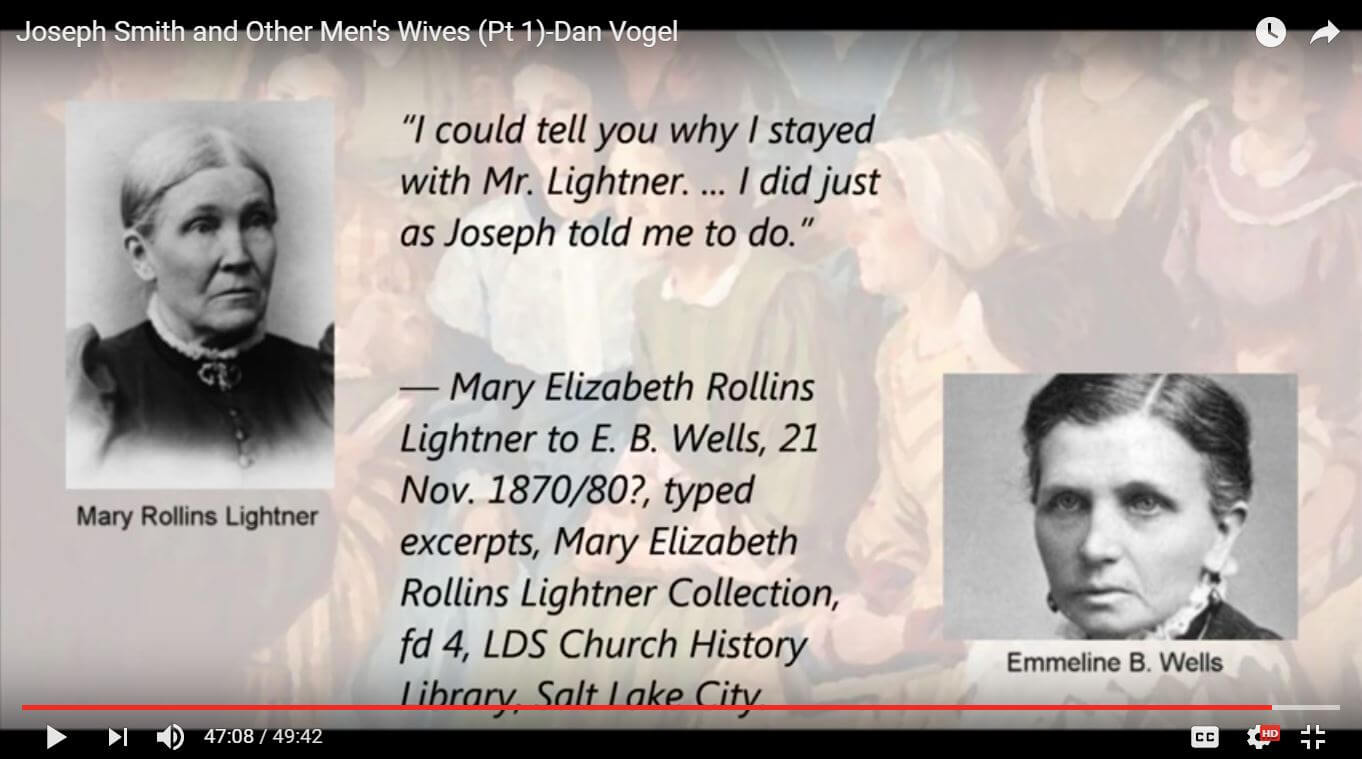 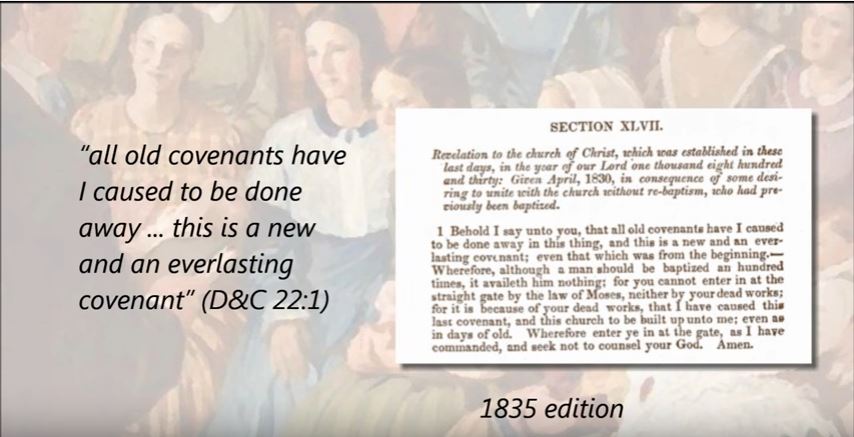